Often referred to as the “Empire State” or “The Big Apple,” New York City is known for many things, many of which are responsible for making it a popular getaway for domestic and international tourists alike. Some have even played a part in many people making the bustling city their permanent home. Currently, NYC, which comprises five boroughs, the Bronx, Queens, Brooklyn, Manhattan, and Staten Island, is home to nearly 8.9 million residents. On the tourism side of things, NYC attracts more than 66 million visitors annually, according to data published by the Office of the New York State Comptroller.

What draws people from near and far to the city that never sleeps? For some, it is the opportunity to enjoy food from all over the world, not to mention being able to interact with people from diverse cultural backgrounds. For others, it’s getting to see Central Park, Rockefeller Center, Radio City Music Hall, the Statue of Liberty, and other landmarks up close and personal. Sadly, NYC is also home to something that takes away from the many things that make it a great place to live and visit from time to time, a chronic alcohol problem.

How Prevalent Is Alcoholism in New York City?

Like other major cities across America, the substance abuse problem in NYC is palpable insofar as it is impossible not to see it. Addiction is about as in your face as the City’s iconic landmarks and omnipresent sirens that blare all day and night. Much like opioids, stimulants, and marijuana, alcohol, despite being legal, is a big problem among New Yorkers. According to a study published by the National Institutes of Health (NIH), roughly 15% of New Yorkers drink alcohol excessively. And of that 15%, the majority of those heavy drinkers reside in Manhattan. It is also worth noting that binge drinking and full-on alcohol use disorders are more common among some racial and ethnic groups in NYC than others. To put this into perspective, here is the breakdown of the groups the NIH says abuse alcohol the most:

The Real Cost of Alcoholism in New York City

Excessive alcohol consumption can impact the lives of those doing the drinking and pretty much anyone who comes in their path, including fellow motorists. According to the New York State Department of Motor Vehicles (NYSDMV), alcohol is a factor in more than 8,300 collisions, over 4,200 non-fatal injuries, and about 322 traffic fatalities every year. But it does not end there; multiple studies say heavy alcohol consumption in NYC is a factor in cases involving domestic violence, open container violations, and public intoxication. Alcohol abuse is also to blame for countless visits to the city’s hospital emergency rooms, with most of those visits being due to falls, traffic accidents, and alcohol poisoning.

If you have gotten to this point in this article and feel disheartened by how binge drinking and full-on alcohol use disorders have upended the lives of so many New Yorkers, you’ll be happy to know there is also some good news. According to Long Island Interventions, a well-regarded drug and alcohol addiction resource center in Westbury, New York, and the Substance Abuse and Mental Health Services Administration (SAMHSA), many New Yorkers are taking steps to end their relationship with alcohol. From a geographical standpoint, they couldn’t be in a better place to get the help they need to achieve short and long-term sobriety. Just for perspective’s sake, there are 59 drug and alcohol rehab facilities in Brooklyn alone, and, in total, there are more than 800 throughout New York state.

What Kind of Alcohol Rehab Treatment Programs Are Available in New York?

When it comes to alcohol rehab facilities in New York, either in the five boroughs or somewhere upstate, there is something for just about everyone, from private and public rehab facilities to rehab facilities that cater to veterans and the LGBTQ community. There are even a few holistic ones if you look hard enough. Also worth noting, nearly all of these various facilities offer inpatient and outpatient treatment programs and medication-assisted detox. What’s more, they each have compassionate physicians, counselors, and addiction experts who work collectively and tirelessly to help individuals put alcohol abuse behind them so they can go on to live a much better and meaningful life.

What Is the Difference between an Inpatient and Outpatient Treatment Program?

One of the decisions that many people trying to quit drinking wrestle with the most is whether they should go to an inpatient or outpatient program. The severity of one’s alcohol addiction and whether or not cost is a factor are the two things that will drive someone to start an inpatient or outpatient program. Generally speaking, an individual should go to an inpatient program if they have a severe stand-alone alcohol use disorder or alcohol use disorder coupled with a mental illness. In an inpatient program, individuals remain on the premises for the entirety of their treatment. And this can be anywhere from 30 to 90 days. During that time, they receive round-the-clock support from physicians, nurses, and other staff members at the facility as they go through detox.

For those not aware, detox denotes a process in which the body starts to rid itself of alcohol and other contaminants once an individual stops drinking. While this is a good thing, detox also triggers a wide range of unpleasant symptoms. In these cases, the physicians and nurses at these facilities will usually provide individuals with medications to help combat those symptoms. Some of the alcohol withdrawal symptoms an individual might experience as they go through their detox journey include the following:

Consequences of Not Seeking Help for an Alcohol Problem

While many New Yorkers are confronting their demons by working to put their alcohol addiction behind them for good, not everyone shares such a commitment. Some individuals are content with drinking recklessly even though doing so puts their health at risk and makes them more likely to encounter a variety of social consequences. According to the CDC, some of the health problems associated with excessive alcohol consumption include the following:

As far as social consequences, studies show that individuals who drink excessively and never bother to seek help generally find it difficult to hold a job or maintain healthy relationships with friends or family members. They are also at greater risk of encountering legal problems, becoming destitute, and facing homelessness.

All in all, New York City, much like Pennsylvania, New Jersey, Massachusetts, and other nearby states, has a chronic and pervasive binge drinking and alcohol use disorder on its hands. But there is some good news; many people are acutely aware of how much of a toll alcohol addiction can have on their life. Because of this awareness, rehab admissions are up in all five boroughs and across the state. If you live in New York and have an alcohol problem and need help breaking the cycle of addiction, consider contacting Long Island Interventions today. 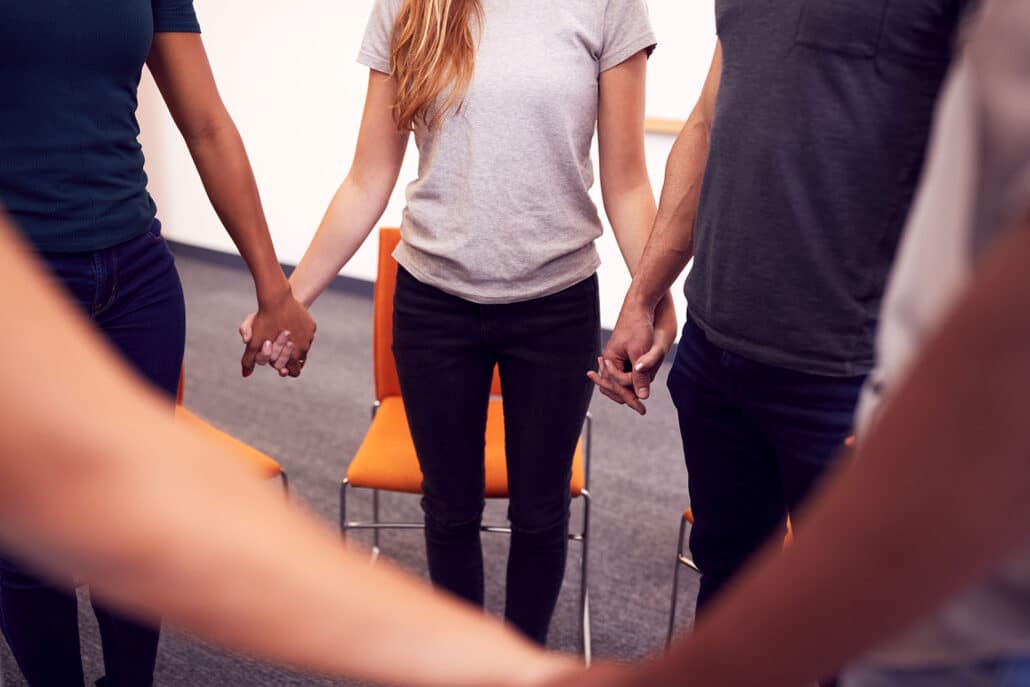 The Spiritual Principles of Narcotics Anonymous If you are seeking drug and alcohol treatment resources for yourself or a loved one, our helpline is a confidential and convenient solution. Callers are referred to JCAHO accredited rehab facilities in our network of recommended treatment providers. Alternatives to finding addiction treatment or learning about substance abuse: