Krokodil: What Is It and Should You Be Worried?

Often called “The World’s Deadliest Drug,” Krokodil is one of the most frequently misunderstood drugs. Some people have heard gruesome stories about the drug dissolving skin while others assume it is no worse than prescription painkillers. How do you tell fact from fiction? Explore this guide to discover what it is and how it really affects the body.

Krokodil is simply the street name for desomorphine which is a type of synthetic opioid. Though many people assume it is a new drug, it is actually a fairly old medication. Desomorphine was first made in the 1930s, and it was frequently used to manage pain. Due to its unpleasant side effects, this synthetic opioid was discontinued by the 1980s. 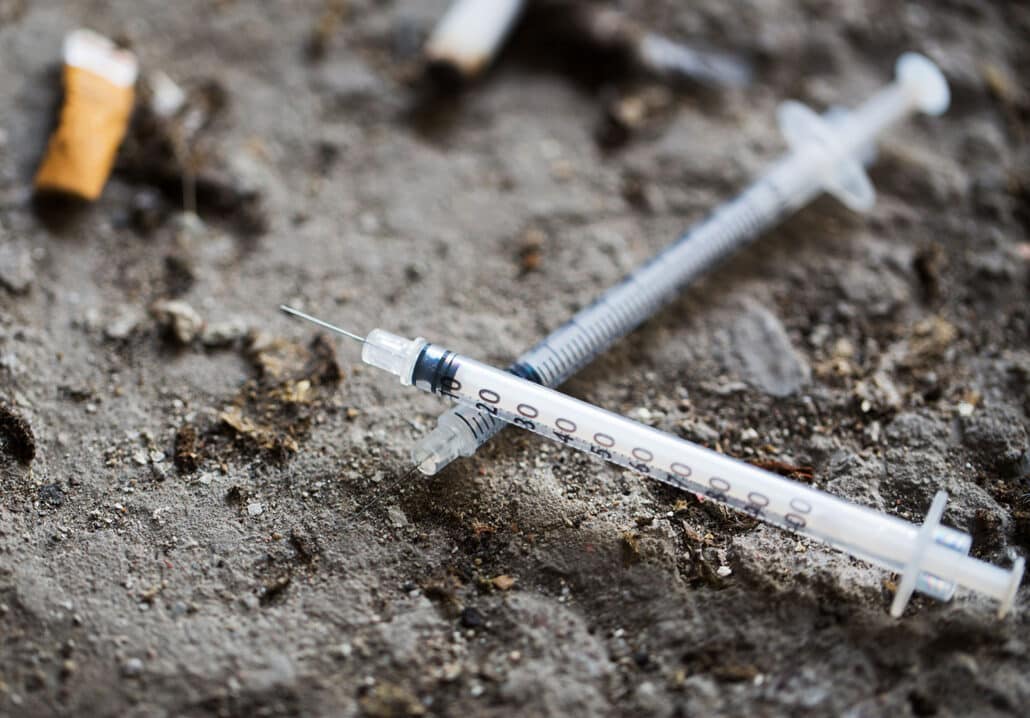 Unfortunately, in the early 2000s, drug traffickers found that desomorphine was very easy to produce. It could be manufactured with codeine, iodine, and other commonly-available substances. The drug became very popular in Russia where it was named after the Russian word for crocodile. Some people think desomorphine is called the crocodile drug due to its effects on the skin. However, it might also get its name from chlorocodide, the type of codeine derivative used to produce desomorphine.

Effects of the Drug

People use the crocodile drug because it provides many of the typical effects of opioids. When someone uses this drug, they may experience:

However, these intended effects are not the only result of using the drug. It also tends to cause a lot of very nasty side effects. Due to the way it is manufactured, the substance often contains toxic byproducts that can poison the blood or damage the skin.

How Is Desomorphine Used?

Technically, there are multiple ways to use this drug. As an opioid, it can be consumed orally, snorted, or smoked. However, almost all users inject the opioid instead. This drug is usually sold as an injectable substance because that produces the most intense effects. Regardless of how a person takes the drug, it goes through their system fairly quickly. The fast-acting substance produces effects within two to three minutes, and typically, the effects wear off in two hours or less.

Understanding the Dangers of the Crocodile Drug

This drug is so frequently discussed because of its many disastrous side effects. Even if a person uses pure desomorphine, they are likely to deal with unpleasant issues like dangerously low breath rates and higher overdose risks. These dangers are why the opioid was discontinued in the first place. However, in modern times, the main issue is the toxic byproducts in the substance. Though it is easy to create with a kitchen and a few common household substances, it is almost impossible to produce a pure version. Almost all street versions of the drug have toxic byproducts that can cause major health problems.

Many people believe this drug gets its name due to its effect on the skin. At the injection site, this drug tends to cause swelling and pain. It then progresses to skin that looks discolored and scaly. Skin may look blue, red, purple, or green, and the scabby texture causes skin to resemble crocodile scales. With repeated injections, a person’s skin starts to rot and die. 2013 research shows that this happens because the toxic additives in the drug are corrosive. They quickly travel through the tiny blood vessels near the injection site, damaging the cardiovascular system and the skin. In habitual users, skin necrosis can be severe enough to cause limb loss and system-wide infection.

The drug’s toxic effects appear all over the body. Once it enters the circulatory system, it travels through the body and causes damage to muscles and bones. These small spots of damage turn into infections that gradually eat away at surrounding tissue. People may develop giant abscesses or lose the use of their arms and legs. These effects tend to be most noticeable at injection sites. However, the damaged circulation also affects other parts of the body. Many users also see damage to the tips of their fingers and toes.

The crocodile drug’s toxicity also harms the organs that process opioids. Whenever you take any sort of opioid, the liver and kidney process the drugs and remove them from your system. Over time, the small amounts of damage cause scarring in these organs. They cannot function as well, and they start to shut down. People who use the drug can end up with life-threatening kidney failure or liver damage. This is especially common among those who take enough to cause an overdose.

This drug is sometimes called “the zombie drug” due to its mental impact. The substance drastically harms the cardiovascular system, so users basically end up suffering from a series of mini-strokes. Burst blood vessels in the brain tend to leave users with speech impediments and memory problems. Some people may have impaired concentration, difficulty focusing, or trouble regulating moods.

Who Is At Risk for Krokodil Addiction?

This drug is still a little on the rare side. However, as the opioid crisis progresses, it may show up in some surprising places. Addiction to this drug is definitely something you need to be on the lookout for. Which Countries is This Drug In?

The crocodile drug is typically only found in a few regions. It is primarily used in Russia and Ukraine. Reports indicate that up to 35% of drug users may have tried this substance. There are also some reports of the drug being found in Georgia, Kazakhstan, Norway, and Germany. Outside of these Eastern and Central European countries, the drug is quite uncommon. There have been a few government reports of it in the United States, United Kingdom, Australia, and other similar places, but it still is not a widely-available option.

This is partly due to the substances used to make it. The codeine that is necessary to make the drug is a controlled substance in the United States. In many other countries that do allow over-the-counter codeine sales, the crocodile drug still isn’t used because most countries do not have as strict anti-heroin laws as Russia. Most people are aware of how dangerous the drug’s side effects can be, so they prefer alternatives like heroin or prescription painkillers.

Are All Users Addicted?

It is extremely rare for anyone to go straight from being sober to using the crocodile drug. Instead, it is almost always used by people who already have an opioid use disorder. In most cases, people were using other opioids but can no longer get them due to legal crackdowns or financial issues. Therefore, most users already tend to qualify for an addiction diagnosis. However, there are occasionally situations where a person takes a desomorphine-containing substance without realizing it’s the notorious crocodile drug. In this sort of case, you may be addicted if you:

What to Do If You Suspect You’ve Taken This Drug

After reading all about the dangers of the drug, it is easy to panic if you think you have taken it. However, just using it once does not necessarily mean you are going to lose your limbs. The most important thing is to seek immediate medical care. Even small skin infections can grow into a major problem, so you need to address any sores, scabs, or necrosis immediately.

The effects of the drug become more dangerous with each repeated use, so it is also essential to quit using the substance. Seeking treatment for an opioid use disorder can do more than just protect your physical health. It can also improve your mental health and make it easier to manage your daily responsibilities.

Get Help for Krokodil Addiction

If you or a loved one is dealing with addiction, Long Island Interventions can help. Our substance abuse professionals help patients begin addressing virtually any addiction. To learn more about our services, give us a call today.